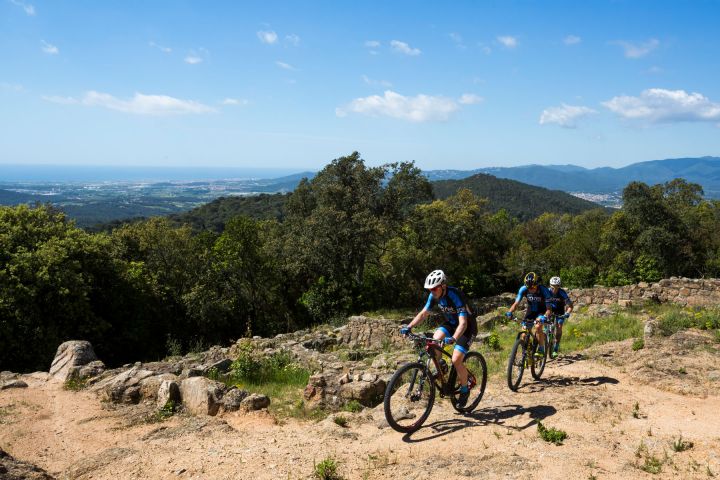 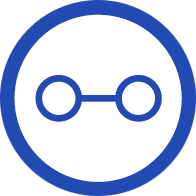 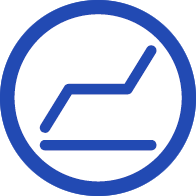 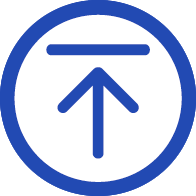 Probably the most spectacular and complete option for enthusiasts of pure MTB, with steep climbs followed by super fast, fun and endless descents. This is a technically tricky and physically demanding route with lovely surprises in the form of panoramic views and mediaeval buildings. It really is worthwhile!

We depart from the Central Tourist Office in Lloret de Mar, located in Carrer de les Alegries 3, and, skirting around the cemetery, we follow the Passapera Stream, linking up with the track that climbs up to the Lloret Verd housing estate. We then skirt around Turó del Pi Gros (hill) on its north side.

Always climbing, with the occasional flat stretch, we head up towards the first objective of the route: Montbarbat. Here we leave the main track where a water tank is located and, passing next to a chain, climb up to the summit on a track in good condition. Here we can visit the Iberian Settlement of Montbarbat. This vantage point offers a commanding view of the entire plain of the county of Selva, the sides of the surrounding mountains (Montseny, Guilleries and Cabrerès), the western part of Gavarres Massif and the course of the Tordera River.

We make our way back down as far as the chain and continue to descend as far as the link road between Lloret de Mar and Vidreres, although we turn off of this road to enter the Torrefortuna housing estate, where we have a short but very tough climb.

We now come to a section of mainly rural landscape where we can ride comfortably along the flat, until we climb up to the ruined Castle of Sant Iscle, a spectacular remnant of the mediaeval past.

We then start climbing again, skirting around the Turó del Castellà peak, and embark on our second important objective of the day, reaching the summit of Serra de Caulès, just below Puig Ventós at an elevation of 388 metres.

We begin our descent, heading down to the link to the Montgròs route. After reaching the summit of Puig de Montgròs we take the GR-92 and descend as far as the Chapel of Les Alegries before heading for Lloret and riding along the cycle lane to the Tourist Office.

Iberian Settlement of Montbarbat: the Iberian settlement of Montbarbat, dating from between the 3rd and 4th century BC, stands at the top of the mountain of the same name, at an elevation of 331 metres. Its location made it a strategic and well-protected site. It is the largest settlement in Lloret, covering 5,700 m2. It is surrounded by defensive walls and towers.

Some streets have also been uncovered, along with dwellings and other buildings such as food storehouses dating back to the 3rd and 4th centuries BC. Fragments of imported Attic ceramics have been found there, a clear indication of Greek presence or influence in the area.

Castle of Sant Iscle: fortification that belonged to the Viscounty of Cabrera and functioned from the 12th to the 14th century, governing the municipality of Vidreres. It has a rectangular floor plan with towers on all four corners. A smaller building was attached to the west corner at a later date. Its interior is divided into several rooms which are now in a state of ruin. Legend has it that the bones of Saint Acisclus are buried in the castle. However, archaeologists have never found them.

Chapel of Les Alegries: This was the first parish church of the town of Lloret. It’s located 2.5 km from the centre and was the parish church from its consecration in 1079 until 1522. It has a Romanesque bell tower and frescoes by Calàndria. In Lloret, the sea used to cover the entire plain as far as the place known as Les Alegries.